How I Consistently Create Podcast Episodes without Burning Out over the last year.

Thanks for all your support over the past year. It’s been wonderful to see and hear all the great feedback on the podcast. I’m also thrilled to see that a lot of you want to either do a podcast or be a guest on one. If you want my thoughts on how to be a rockstar guest, you can check out that episode as well.

I get asked a lot about how I consistently create podcast episodes for The Entrepreneur Ethos. I thought I’d share some of those insights in this solo podcast.

To date, I have published 88 interviews, meeting my goal of doing at least one episode a week. More on why that’s important later.

So on the anniversary of my first published interview on this podcast, I give you How I Consistently Create Podcast Episodes without Burning Out over the last year.

It All Starts Before You Start

The most important thing to consistency is to have a show idea or theme that stands the test of time. What do I mean by that?

You want a topic that can be talked about forever or at least until you’re sick of talking about it.

Topics are hard to get right because, like a startup, a podcast will zig and zag along the way. What you thought might be an important topic to discuss, no longer is. Or more importantly, the sub-topic of your main topic changes.

For example, I had originally wanted to do a podcast called The Daily MBA after my blog of the same name. While business is a big topic, the name implies that it’s a daily thing. While I might be able to talk about business every day, it could get boring or cumbersome. That’s why I decided to pick the topic of my book, The Entrepreneur Ethos, as the main topic.

Once you have a topic, then it’s time to get your production stack up and running. This is a critical part of consistency since it’s these friction points production that will get in your way.

Before we talk about that, let me bring up one more thing when it comes to consistency. These rules of thumb were graciously given to me by CEO of Blue Wire Kevin Jones and VP of Content at Blue Wire, Peter Moses.

Here are a couple of rules of thumb to think about when you want to create a consistent stream of podcast episodes.

So there you go. Some general rules of thumb before we dive into the most important thing for consistency -- your production process.

Creating a production tool stack and a process will pay off in so many ways. First, if you focus on the art and craft of creating, then you can start to automate or outsource tasks that don’t amplify your creation process or get in the way of publishing. More on that a little later.

My production process centers around my technology stack. Over time I have refined the process and technology stack so that I can be the most productive and not dread doing the podcast.

First off, I’ll talk about the tools since everyone asks about them. Then, I’ll dig into the sequence of events that leads to a finished episode.

The Tools I Use

It’s important to invest in a good set of tools to make you not only sound awesome but make your production process a whole lot easier.

This particular technology stack will give you a professional-sounding podcast as a final product. It is costly. I reckon I have spent about $650 to set up the “studio” and spend another $100 per episode on all the tools, etc. Of course, some of the tools I use for other things, like Canva and Calendly, but $100 an episode seems about right for the ongoing costs to keep a podcast up, sans my time of course.

My production process to record and edit an episode so you can listen to it has evolved a lot since I first started. I won’t go through all the changes since my guess it’s not that interesting.

Rather, I’ll go through my current process and then talk a little bit about why certain things are the way they are.

Getting guests can be a hard thing when you first start. Thankfully, I belong to Founders Network, which is a peer-mentoring group. So my first set of guests were from there and then I found MatchMaker.fm.

I would highly recommend signing up for MatchMaker.fm so you can have a way for guests to reach out to you. It’s simply stellar. Oh. If you’re a tech entrepreneur, then you should also check out Founders Network. It’s a great place to get peer mentorship.

Along with finding guests, it’s best to have a way for them to sign up for a slot on your calendar. Once I find a guest that fits, I’ll send them over the Calendly link.

Some podcasters do a pre-show meet and greet before the actual recording. I’m not a fan of that since I want it to feel like a coffee shop conversation. Instead, take the first 10 minutes or so of the 60 minutes we have booked to go through the show flow and ask if I should talk about anything in particular.

One thing that helps a ton for me (and my guests) is that I start with the same question -- tell me how you got to do what you’re doing today.

Not only is this an easy question that everyone can answer, but it also provides a ton of great avenues to go down.

Once the recording is done, I send it off to Alyssa to do the show notes. More on that later on. Let’s just say that this one modification to my process cut off weeks from recording to release. It was a game-changer.

Once I get the show notes from Alyssa, I’ll record them into Hindenburg. This is what you hear at the beginning of every show after the standard intro.

The Zoom audio usually needs some light edits to remove some of the pre-episode stuff but not a ton. I make it a general rule to not edit the show if I can help it. For one, I don’t want to misrepresent someone’s point and two, it’s a ton of work to line it all up.

Step #6: Export to .wav and Upload to Auphonic

Auphonic likes to have the highest fidelity file you can make so I usually output a .wav file from Hindenburg. To put that in perspective, a .wav file is about 10x the size of the finished mp3.

While the file is uploading, I’ll work on the hero image in Canva. One of the advantages of using Calendly is that you can put questions in the sign-up for a slot. Two of my questions ask for a high-res headshot and a high-res logo. Both of these create the hero image you see on the site.

The Entrepreneur Ethos site is hosted over at ghost.io. Ghost is an awesome platform for publishing content. It’s super easy to use and I can cut and paste the Google Doc into it.

I also schedule the post to align with when the episode will go live. That’s up next.

Once the audio file is done, I upload it to Simplecast along with the episode notes that are also on the site. It’s best to put them as part of the feed because that allows them to be searched on all the places you can get podcasts like Apple Podcast and Spotify.

Once I have everything scheduled, I send an email to my guest to tell them when the pod will drop. In the email, I add the link to the site since that’s what I want to be shared. Sharing the episode URL to The Entprenreuer Ethos site boosts page views as well as SEO for when folks want to look up past episodes.

When the episode goes live, I share it on all my social channels and encourage my guests to do the same.

So there you go, the process to generate an episode of The Entrepreneur Ethos Podcast.

Can you see now why it takes 4x the time to create an episode? It shocked me at first but it’s a pretty accurate heuristic. It was much worse than that when I first started because I also did the show notes as well.

Thankfully, I found Alyssa Colton who does a fantastic job of listening to the audio and sending me the show notes in Google Docs. I can’t begin to tell you how helpful this is. For my show, the show notes were my major bottleneck. It took me weeks and weeks to get to it and then, it would take me forever to create them.

That’s why I’m so thankful to Alyssa Colton for all she does to make the notes so great. It was hard at first to send it on but then I realized that having her do it not only freed up my time to record more episodes, but it made the show notes more focused on the listeners.

So thanks Alyssa for making The Entrepreneur Ethos Podcast that much better for me to create all these episodes without burning out.

I have received a lot of great feedback on this post so I decided to add some of the other great resources that I found along the way. 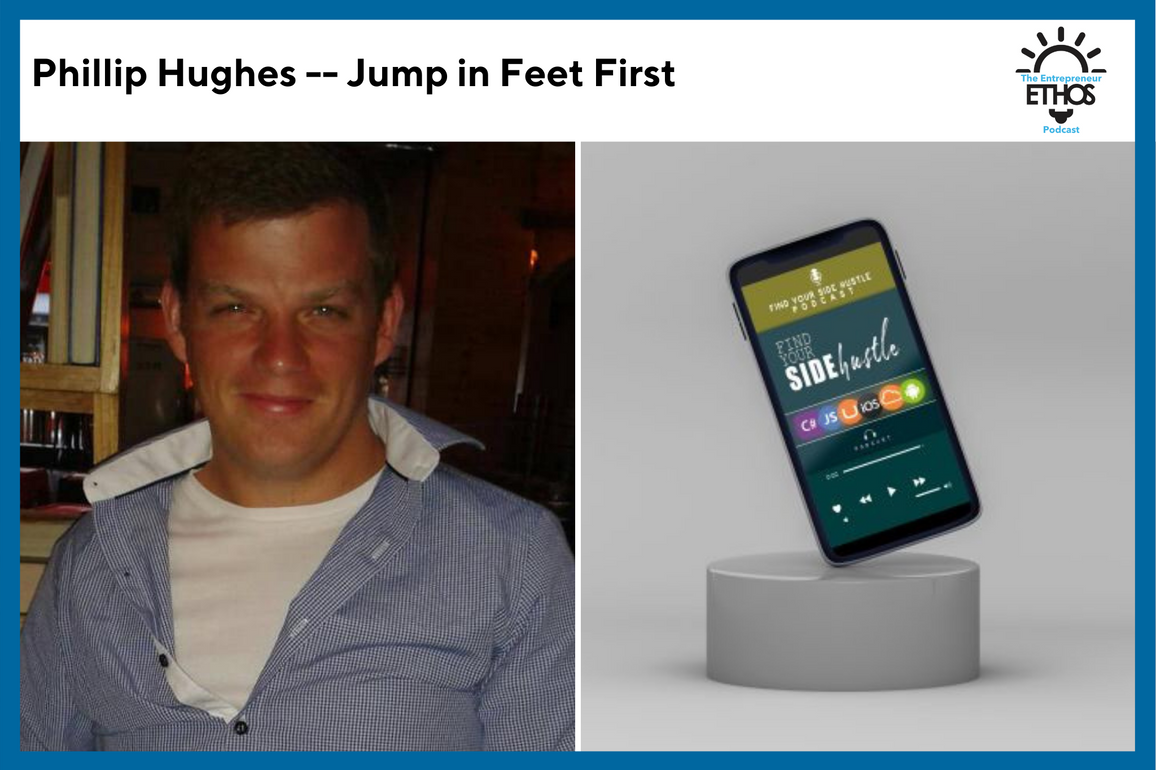 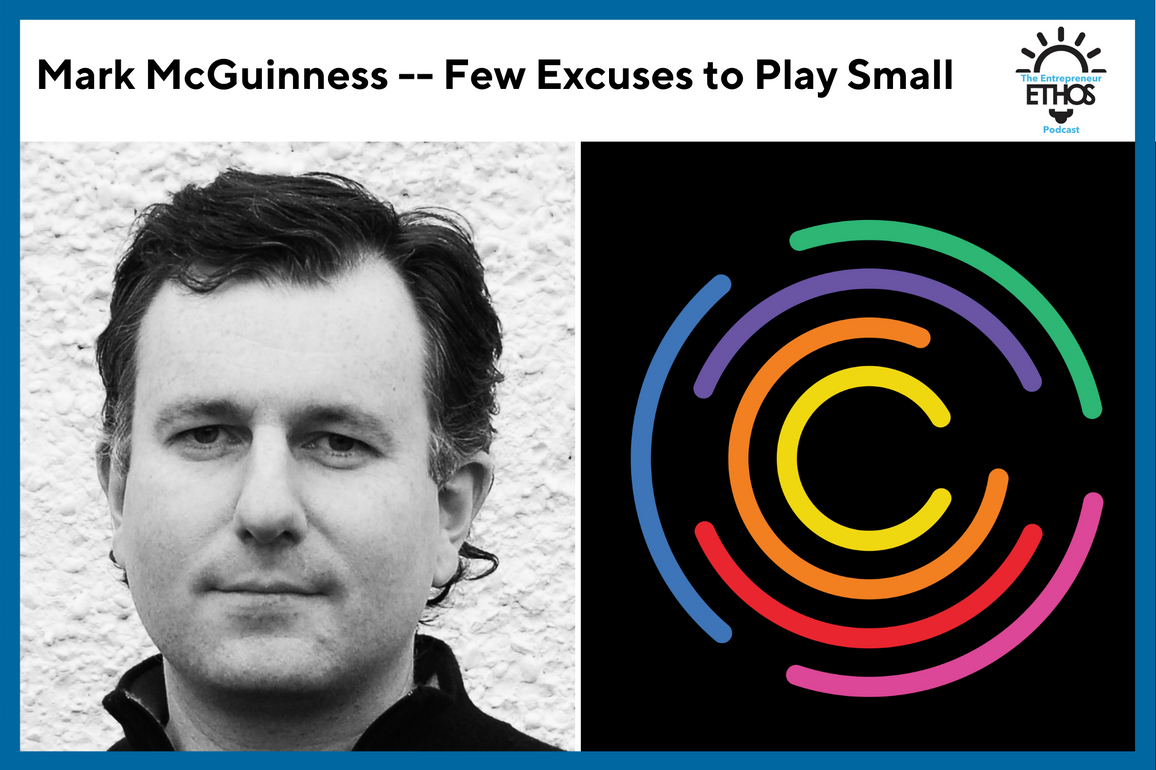